It’s a question of design 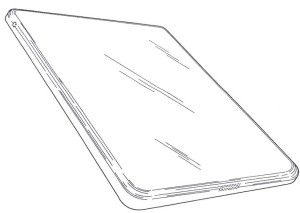 Is this an iPad I see before me?

In the recently decided Samsung versus Apple case in the UK Court of Appeal, the court confirmed that Samsung did not infringe Apple’s registered Community Design No. 000181607-0001.

At paragraph 54 of the decision, Sir Robin Jacob stated: “If the registered design has a scope as wide as Apple contends it would foreclose much of the market for tablet computers. Alterations in thickness, curvature of the sides, embellishment and so on would not escape its grasp. Legitimate competition by different designs would be stifled”.

In light of the above and the decision as a whole it would appear the UK courts are going to give design registrations a fairly narrow scope.

It is interesting to note that the Community Design (RCD) noted above was filed in May 2004 whereas the iPad itself wasn’t released until April 2010. If you look closely, the RCD differs from the iPad that was released. It seems thicker and the headphone port is on the side. Whether the Apple RCD covered their own product is therefore an interesting side question.

This decision therefore perhaps highlights the question of when best to file your design application. For companies such as Apple ($117 billion in the bank as of June – see here) it is no great issue to file as many designs as they like, throughout the design process.

For everyone else however funds tend to be finite. So, it can be important to choose your moment when filing an application.

When filing a design application, some good visual representations that focus on the main elements of your design will be required (front, back, left side, right side, top, bottom and perspective views are common). It’s never too early to check the style of such representations with your professional representative (so you don’t get caught in a rush to produce the drawings when you need them).

Apart from that however it should be noted that the design application process itself is fairly quick and relatively painless so once you’ve finalised your design it should be a reasonably straightforward process to get your application on file.

Note: Although an application for a UK registered design (or a Community Design) is not invalidated by your own disclosures in the 12 months before filing, this grace period does not extend to disclosures of other designs independent of your own.  Also, there may not be a grace period in some other countries, so consult your professional representative before disclosing anything.  It is therefore wise to file a design application at the earliest opportunity.

By ipcopymark in Designs on October 24, 2012.
← European Union Unitary Patent is a Few Centimetres Closer Jay-Z and Beyoncé may have 99 problems but their trade mark ain’t one →