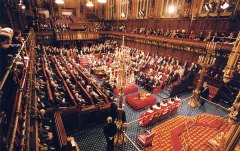 Parliamentary copyright images are reproduced with the permission of Parliament

The Bill proposes various amendments, particularly regarding designs and makes provisions for the UK to create its Unified Patent Court, in preparation for the ratification of the Unitary Patent Package.

In the first part of a series on the Intellectual Property Bill, IPCopy summarises the main proposals affecting patents.

One of the most significant proposals under the Bill enables the UK to implement the Unified Patent Court (UPC) Agreement. London is set to be the location of part of the central division of the Court of First Instance (along with Paris and Munich) that will hear cases regarding infringement and revocation proceedings of European patents (UPC court set up can be found at Article 7 of the UPC Agreement).

The new insertion (section 88A) into the Patents Act 1977 slots into the Act after the now repealed sections (sections 86-88) relating to the failed Community Patent Convention.

Any secondary legislation made to the UPC section of the Patents Act would not be able to be made using Statutory Instruments, and would have to be approved by resolution of each House of Parliament.

Marking Products with a Link

Patented products are commonly marked with the relevant patent number in order to reduce the possibility of a potential infringer claiming that they were not aware of the infringing act.

In a sign that the law is moving with the times, the Bill proposes that patented products may optionally alternatively be marked with a link to a website that associates the product with the patent number. This is already possible in the United States under Title 35 US Code § 287.

Currently the grounds on which the UK Intellectual Property Office (IPO) is able to give an opinion are limited. Under amendments in the Bill, the specified grounds on which an opinion can be issued are replaced with a broader power to set out those grounds in the rules. The rules could then be amended more easily in response to the demands of the users of the service.

The head of the UK IPO, the Comptroller General of Patents, Designs and Trade Marks, will be granted extended powers to revoke a patent if an opinion is issued where an invention is not novel or lacks inventive step. However, the Comptroller must allow the Applicant an opportunity to make any observations and to amend the specification of the patent before revocation.

Amendments to the Schedule regarding Supplementary Protection Certificates (a right that extends the duration of the exclusive right after expiry of a patent to account for the delay in bringing certain products to market arising from regulatory and clinical trials requirements) will mean that validity and infringement opinions can be requested for SPCs.

The Bill proposes to remove the unused power to make rules providing for review proceedings to be treated as other proceedings under the Act.

In addition to existing powers to send the European Patent Office information, the Comptroller will be granted the ability to send information about unpublished patent applications requested by any patent office outside the UK. The intention of this amendment is to reduce duplication of effort between patent offices with the intention of speeding up the patenting process.

By ipcopy in Law, Patents on May 29, 2013.
← Wearable Technology Patents The Intellectual Property Bill – Criminal Provisions for Registered Design Infringement →