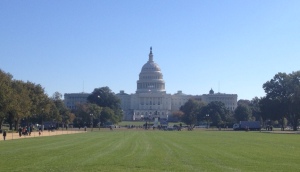 Last week IPcopy had the pleasure of attending the annual meeting of AIPLA in Washington. As well as listening to some of the hot issues of the day on the US side of the pond (section 101/patent eligibility and non-practising entities in particular – see our earlier post here) we also got the chance to get some US practitioner’s thoughts on the European patent landscape.

What follows below therefore are some European developments that may be of interest to our US colleagues.

IPcopy understands that the new (or should that be the old revived) rules will apply to all EP patent applications still pending on 1 April 2014, i.e. even those applications which have long left the 24 month period behind them.

An important point to note is that if you have a patent application that is outside the 24 month divisional filing period under the current rules and that application has recently received an intention to grant from the EPO then, in the event that the Applicant is interested in filing a divisional application, it should be possible to delay the prosecution procedure sufficiently in order to keep the case pending beyond 1 April 2014 and take advantage of the new EPC rules.

Speak to your European representative for more details.

Speed of prosecution in the EPO

It should also be appreciated that European Examiners are normally only too happy to discuss their cases informally over the phone and by email exchange. Such informal discussions can often be an efficient way to informally explore prosecution options with an Examiner without having to go through the time and expense of multiple rounds of examination (which also brings the risk of being called to oral proceedings at the EPO).

It is also possible in some circumstances to avoid oral proceedings, in front of the Examining Division, by actively engaging with the Examiner to try and find an acceptable prosecution option for the case in question.

One final comment on accelerated examination and the USPTO-EPO patent prosecution highway (PPH). Under the PPH procedure it is possible to base European prosecution on USPTO work products. However, it should be noted that European patent applications within the PPH programme are dealt with under the EPO’s PACE procedures. In other words they are treated in the same way as European applications that are made the subject of an accelerated prosecution request. Given the various requirements and restrictions of the PPH programme, Applicants considering making a PPH request based on USPTO work products may instead wish to consider using the PACE system. Again, speak to your European patent representative if you are considering PPH.

The unitary patent has been covered quite extensively on this blog and I would encourage anyone with questions about the system to look at our unitary patent Q&A post.

At AIPLA, someone we spoke to commented that they knew the unitary patent was “happening out there somewhere” but until it arrived they weren’t too focused on it. It should however be appreciated that since unitary patent status will be conferred on a patent as part of a modified post-grant validation process, the first unitary patents are probably already within the European system as pending European patent applications.

US Applicants should therefore be aware that some of their currently pending EP applications will probably grant after the unitary patent system goes live and that therefore current developments should be monitored to ensure their European patent portfolios are in good shape to take advantage of the system when it goes live.

All things being equal, the system should be up and running within a couple of years. i.e. by late 2015/early 2016. Although early talk was for the system to be operational by January 2014 this will not happen. 24 countries are currently taking a full part in the unitary patent system and 13 of these countries need to ratify the unified patent court agreement before the system can move forward. Furthermore, 3 of those required 13 countries must include France, Germany and the UK.

Although France appear keen to move forward quickly with ratification the process in Germany will likely take another year or so and the UK needs to pass the Intellectual Property Bill before it can move towards ratification. The current UK timetable does not appear to allow this before summer 2015 and so a late 2015 start, at the earliest, for the unitary system appears likely.

We were asked a lot about the cost of the unitary patent. This is a difficult question to answer at present because, unfortunately, the level of maintenance fees for a unitary patent is a huge unknown at present. However we should, according to this source, see some clarity on this by next summer at the latest.

One issue that European rights holders need to be aware of now is the concept of “opting out” of the competency of the Unified Patent Court when it comes into being as far as traditionally validated European patents are concerned (i.e. patents that are only validated in a selection of available countries).

The UPC will be a new court. Therefore, when it comes into being the UPC will, by its very nature, be an untested forum for patent disputes. Although European patents that are validated as unitary patents will have to use the UPC, European patents that are validated in specific countries (“traditional EP patents”) will not necessarily have to use the UPC since, for a transitional period of 7/14 years (!), it will be possible to opt “traditional European patents” out of the competency of the UPC into the competency of the current national courts (e.g. the UK High Court).

Therefore, if US Applicants/owners wish to keep their “traditional European patents” outside the remit of the UPC until more is known about how that court will operate, it will be necessary to file an opt out request. Additionally it will be necessary to file such a request before those patents are made the subject of court actions in front of the UPC because once an action has been initiated it will not be possible to opt out.

Given that there will be a fee associated with such opt outs it will be important to review European portfolios now to determine which cases patent owners wish to keep outside of the UPC so that prompt action can be taken when the system comes on stream.

This is obviously a complex area of law with developments happening all the time so for more details contact your European patent representative.