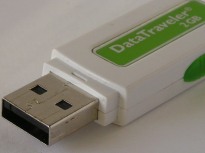 This is the second in a series of articles which aims to demystify the topic of technology transfer and give you valuable insight into its key elements. Whether you are just setting out to conduct R&D in collaboration with a third party, or are exploring a business opportunity such as licensing-in someone else’s technology or licensing-out your own technology, it will be vital to manage the flow of confidential information, including any know-how or trade secrets, in order to mitigate the twin risks of knowledge leakage and knowledge contamination.

Nearly all businesses possess valuable confidential information, and for many it is their dominant and most valuable asset. However such know-how or trade secrets only retain their value if they are kept secret. Therefore careful steps must be taken to reduce the risk of such information inadvertently entering the public domain. Access to the information, whether stored in hard copy or electronically, should be restricted to those persons who need to know and who have agreed (preferably in writing even though secrecy may be implied under English law) to keep such information confidential and not disclose it to others. Employment contracts should include confidentiality provisions in favour of the employer. In addition, you should have a clear and well-documented policy about what information may be disclosed, to whom, and under what terms and conditions.

Less well recognised is the risk of knowledge contamination, which is the risk associated with receiving information in confidence from another party in relation to a technical area in which you are conducting, or intend to conduct, your own R&D. Most confidentiality agreements place an obligation on the recipient of the confidential information not to disclose it to others and not to use it for any purpose except the very limited purpose for which it has been disclosed to them; for example, to evaluate a joint development project, or to assess the technical capability of a product or process. Such obligations often last for five or more years, sometimes in perpetuity until the information lawfully comes into the public domain. Therefore, if one of your researchers receives confidential information, steps will need to be taken to ensure he/she does not deliberately or inadvertently use such information for anything other than the permitted purpose. Use of the information to further your company’s own R&D is unlikely to be a permitted purpose and you can be sure that the owner of such information will be checking to make sure you do not misuse their valuable proprietary information.

Strategies can be developed to reduce the risk of knowledge contamination in various situations. More information can be obtained from the author.

Last November, the European Commission adopted a proposal for a Directive to protect trade secrets and confidential business information against misuse by third parties. It is hoped this attempt to harmonize the law will mean that Europe is better able to compete with countries such as the USA and Japan where trade secrets are already protected under legislation.

This is part of a series of articles on technology transfer by Rob Carter, latterly Associate General Counsel, Intellectual Property at Royal Dutch Shell plc and now a consultant at K2, the network of patent and trade mark attorneys and IP consultants developed by Keltie LLP.