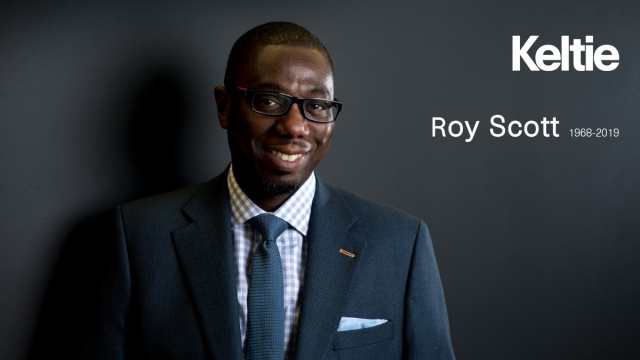 When a teenage Roy Scott reported for his first day at the Ministry of Defence back in 1987, he was allocated to a department doing something he’d never heard of – called ‘IP’. Luckily for IP, Roy caught the bug and took his first steps in a profession on which he was to have a profound influence. For Roy wasn’t just a consummate professional: he devoted himself to shaping the IP community too.

After a couple of years with the MoD, Roy moved into private practice with Lloyd Wise. Next, he joined Jenkins before moving to Field Fisher and then Nabarro, where he led sizeable IP support teams. From there, Roy brought his outstanding experience to Keltie in 2003, where he rose to become the firm’s Senior Paralegal.

In IP, Roy found a calling that fuelled his passion for education. He was among the first IP administrators to study for the CITMA and CIPA exams. Then, for the rest of his career, he gave back to his profession with selfless energy. He was a member of CITMA’s Paralegal Working Group and of the CIPA IP Paralegal Committee for many years, helping to develop course programmes, serving as an examiner and delivering unforgettable lectures, always with a marvellous sense of fun. He was one of the great communicators.

Roy was an inspirational teacher who encouraged countless others to develop their skills and to follow in his footsteps. In doing so, he was instrumental in creating a professional home for his fellow paralegals in IP. How fitting it is that CITMA will honour Roy’s memory by awarding The Roy Scott Prize annually for the best performance in the CITMA Paralegal Examination.

A flood of tributes since Roy’s passing speak of his enthusiasm and his ability, and of the respect in which he was held. His knowledge and attention to detail were unrivalled. The tributes also refer to his diverse interests and, above all, to his lovely character. Roy was a keen sportsman, an avid fan of Formula 1 and a talented photographer. He loved being among people and was the life and soul of the party, after work, after lectures and at conferences around the world. He was kindness and generosity personified, widely regarded as the nicest guy that anyone could ever wish to meet.

A man of style, Roy was unfailingly dapper. Possibly the only opportunity he ever turned down was a suggestion for Keltie to repeat its ‘Keltiebury’ camping retreat, horrified by the thought of primitive facilities and mud.

Roy’s smile and his positive, can-do attitude will live forever in the memory. They were undimmed even in the most difficult days of his long illness, which he fought with astonishing bravery while continuing to live life to the full.

A proud, devoted and beloved family man, Roy was loved also by his colleagues, clients and friends around the world. We join his wife Merlyn, their son Nathan and the rest of his family in mourning the passing of a wonderful and irreplaceable man, taken from us far too soon.