Joe’s called himself Hugo Boss but will Boss Lycett? 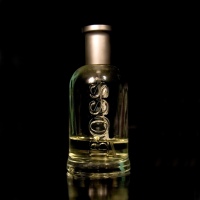 Photo by wax115 at Morguefile.com

Comedian Joe Lycett has legally changed his name by deed poll to Hugo Boss, in a protest against the German fashion brand’s apparent aggressive approach to enforcing its rights in the BOSS trade marks. The Comedian Formerly Known As Lycett’s actions appear to have been sparked by a legal battle between Hugo Boss and a Welsh brewery, called Boss Brewing, who were forced to change the name of their beers from ‘Boss Black’ and ‘Boss Boss’ to ‘Boss Brewing Black’ and ‘Bossy Bossy’.

In response to the comedian’s actions, Hugo Boss has issued a statement saying that “as a ‘well-known’ trade mark (as opposed to a ‘regular’ trade mark) Hugo Boss enjoys increased protection not only against trade marks for similar goods, but also for dissimilar goods across all product categories for our brands and trade marks Boss and Boss Black and their associated visual appearance. Following the application by Boss Brewing to register a trade mark similar to our ‘well-known’ trade mark, we approached them to prevent potential misunderstanding regarding the brands Boss and Boss Black, which were being used to market beer and items of clothing”.

To provide some clarification, ‘well-known’ trade marks enjoy broader protection than ‘regular’ trade marks due to the increased level of brand recognition and reputation they have acquired through intensive and continuous use, such that registered protection may extend to prevent use and/or registration of identical or confusingly similar trade marks in connection with goods and services that are dissimilar to those registered, because there is a risk that consumers may be confused into thinking there is a connection between the goods and owner of the well-known mark.

On 3 March, Lycett shared the details of his UK trade mark application for Boss La Cease en Desiste for bandages in Class 10, filed in his new name, Hugo Boss. The opposition period expired on 27 February 2020 and the application does not appear to have been opposed by the fashion brand. Lycett has also sold out of tickets to his new show called ‘Hugo Boss and Friends’ and stated that he will be ‘launching a new product as Hugo Boss’, with details to be revealed on the new series of Joe Lycett’s Got Your Back on Channel 4.

Those of a cynical disposition may view Lycett’s actions as a simple but clever publicity stunt to increase viewing figures. However, they do highlight some interesting issues from a trade mark perspective. Firstly, it demonstrates the negative PR that can result from a strong brand enforcement approach: the manner in which trade mark rights are enforced requires careful consideration, particularly where small businesses are concerned, and there have been many instances of brand enforcement that have attracted public attention whether for their humorous approach (e.g. Jack Daniels) or for their perceived heavy-handedness (e.g. BrewDog).

It will be interesting to see how Hugo Boss deals with the use of their name by The Comedian Formally Known As Joe Lycett. Whilst Lycett may hope to rely on the ‘own name’ defence if his use or registration of trade marks containing the term BOSS are challenged, it is highly unlikely that this defence would survive scrutiny: although Hugo Boss is now legally his personal name, serious questions would arise as to whether the trade mark would be used in accordance with honest practices (not least because a trade mark availability search would reveal the scope of the German company’s extensive rights in the BOSS family of trade marks).

We are intrigued to see what Mr Boss (né Lycett) will do next and whether Hugo Boss will rise to the bait.