The following article is a review of case O/135/15 at the UKIPO.

Keystone IEA Limited (the Opponent) opposed Keystone Wealth Management Limited’s (the Applicant) Trade Mark Application No. 2655215 for “mortgage & protection advice, financial services” in Class 36 on the basis of Section 5(2)(b) of the Trade Marks Act 1994 (similar to an earlier mark for identical/similar services, resulting in a likelihood of confusion). The Opponent relied upon its Trade Mark Registration No. 2641172 covering “estate agents” in Class 36.

The Applicant responded stating that the services were sufficiently distinguishable, meaning there was no likelihood of confusion.

No further submissions were filed and a decision was made on the papers. END_OF_DOCUMENT_TOKEN_TO_BE_REPLACED 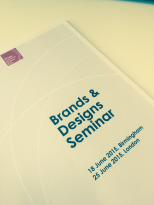 Wragge Lawrence Graham and Co held its annual Brands & Designs Seminar in London on 25 June 2015. As you would expect, the Seminar was extremely informative and interesting, and well attended!

Kate Swaine kicked off proceedings by discussing the rise in passing off cases throughout the last year. Kate posed the question as to whether the recent increase in passing off cases was highlighting a new trend. She asked whether this was due to misrepresentation seemingly being easier to define than likelihood of confusion, the fact that a brand has now expanded considerably further than just a ‘name’ and celebrities are more conscious of their own brand power, as well as the apparent constraints of a trade mark registration, making passing off a more attractive option. END_OF_DOCUMENT_TOKEN_TO_BE_REPLACED

The following case review of T53/13 first appeared in the ITMA review.

Vans applied to register the mark in question (see right) in Classes 18 and 25 on 14 September 2011 (No. 010263838), which was refused on 7 March 2012 on the basis of Article 7(1)(b) as the mark “consisted of a wavy line which slants and curves” and was devoid of distinctive character. Evidence to show acquired distinctiveness had a number of gaps such that it was held not to be possible to ascertain the degree of recognition by the relevant public.

The appeal filed on 2 May 2012 was dismissed by the Fifth Board of Appeal (BoA) on 14 November 2012. The BoA held that the mark was devoid of any distinctive character as the average consumer would see the mark as a “concept of a wavy line”, which is too vague as a badge of origin. Graphic line stripes are common in respect of goods in Classes 18 and 25, such that the relevant public would view the mark as “exclusively ornamental”. Also, the existence of earlier national registrations was irrelevant and evidence regarding acquired distinctiveness insufficient.

The action to the General Court (Fifth Chamber) was filed on 31 January 2013. END_OF_DOCUMENT_TOKEN_TO_BE_REPLACED

This is the latest decision by the Court of Justice of the European Union (“CJEU”) in respect of Case T-404/10 National Lottery Commission v OHIM – Mediatek Italia and De Gregorio.

END_OF_DOCUMENT_TOKEN_TO_BE_REPLACED

Following on from our recent blog item detailing the changes in dealing with colour marks at the UK IPO and OHIM, we would like to now consider how these decisions will affect our filing practice in respect of new trade mark applications. 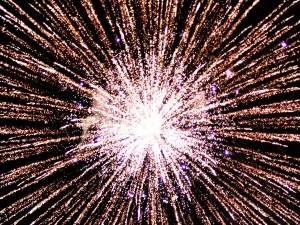 The new Chinese Trade Mark Reforms will come into effect on 1 May 2014. The key points of the amendments are as follows:

I will deal with some of the key points below. END_OF_DOCUMENT_TOKEN_TO_BE_REPLACED

This blog is inspired by the ‘Coat of Arms and Trade Marks – Dual Protection or Mutual Antagonism?’ Seminar attended on 19 March 2014. The Speakers at the Seminar were Clive Cheesman, Richmond Herald of The College of Arms, Mark Engelman, Head of Intellectual Property at Hardwicke, Simon Johnson, Barrister at Enterprise Chambers, and Dr Richard Anthony, Bursar and Fellow of St Edmund’s College, University of Cambridge.

By way of background, the perpetual right to bear arms in England, Wales, Northern Ireland and the majority of monarchies within the Commonwealth, is granted to appropriate bodies by the College of Arms (also known as Heralds’ College or Heralds’ Office). This is a royal corporation consisting of professional officers of arms, overseen by the Earl Marshal, a hereditary office held by the Duke of Norfolk. The College of Arms was first incorporated in 1484 by King Richard III and given regulatory authority since 1522. Scotland operates a different system to the rest of the UK and this is overseen by Lord Lyon. END_OF_DOCUMENT_TOKEN_TO_BE_REPLACED 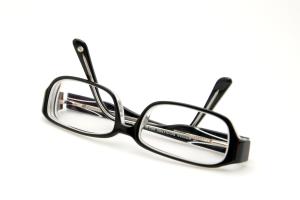 The Court of Justice of the European Union (herein after “CJEU”) has issued its judgment in Case C-252/12, Specsavers International Healthcare Limited and Others v Asda Stores Limited and the UKIPO has issued Tribunal Practice Notice 1/2014.

The Court of Appeal (England & Wales) (Civil Division) had stayed proceedings and referred five questions to the CJEU for a preliminary ruling as they felt that Article 9(1)(b) and (c) of Regulation No 207/2009 needed further clarification where a mark registered in black and white had been used extensively in colour. In particular, questions 4 and 5 asked: END_OF_DOCUMENT_TOKEN_TO_BE_REPLACED

The trade mark case review below was prepared by Charlotte Blakey (Keltie LLP) and highlights the importance of demonstrating “genuine use”/”proper reasons for non-use”.

This review relates to an appeal brought under Section 76 of the Trade Marks Act 1994 (“the Act”) by the registered proprietor (“Jackson”) of International Registration No. 787794 ROYAL SHAKESPEARE (“the Mark”) against the decision issued at BL O-369-11, dated 26 October 2011. This decision stated that the Mark’s protection in the UK should be revoked on the grounds of non-use under section 46(1)(a) and/or 46(1)(b) of the Act. The Hearing Officer held that there had been no genuine use of the Mark during the relevant periods, nor had there been proper reasons for such non-use.