As noted in our post earlier this week, the European Commission has released its position paper on the treatment of intellectual property (IP) rights (including geographical indicators) after the UK completes its exit from the EU. It sets out general principles on unitary IP rights, geographical indicators, exhaustion, supplementary protection certificates and the protection of databases.

CITMA recently published its position paper on post-Brexit registered trade mark and design rights, and rights of representation. Many elements of the EU paper reflect the position of CITMA, in particular the unitary character of IP protection for European Union Trade Marks (EUTMs) in the UK and EU after the withdrawal date. However, there are two aspects of particular interest to UK practitioners that were not addressed: rights of representation and reciprocity of UK geographical indicators. END_OF_DOCUMENT_TOKEN_TO_BE_REPLACED

According to the website of the Council of the European Union, the Netherlands has now deposited its instrument of ratification (on 14 September 2016) to become the 11th country to complete its ratification formalities. The Netherlands joins Bulgaria, Finland, Portugal, Luxembourg, Malta, Denmark, Belgium, Sweden, France and Austria as one of the eleven countries who have completed their ratification processes.

There are now enough countries to have ratified the the unified patent court agreement that the system will come into effect if just the UK and Germany complete their own ratification procedures. If the UK (and Germany) were to do this then it would open up a question about what will happen to the UK once Brexit happens. If the UK decides not to ratify the UPC agreement then the system will be on pause until either Brexit occurs or the various unitary patent agreements can be re-negotiated to remove the problems caused by the results of the UK’s EU Referendum from the equation.

Now that the Netherlands has completed all of the formalities we have updated our ratification infographic (for an answer to the question “What’s up with this infographic?“, please see the bottom of the post!”).

IP in the UK after the Brexit Referendum

On 23 June 2016 the UK public voted in favour of the UK leaving the EU (commonly referred to as ‘Brexit’). If and when the UK formally starts the exit procedure, there will be at least a two-year negotiation period before the exit itself occurs. So, any changes won’t be implemented for some time yet.

Any UK national IP rights will be unaffected by Brexit. Some EU IP rights that have effect in the UK will be affected to different extents. Crucially, no IP rights will be lost as a result of Brexit, although some transitional measures are inevitable.

IPcopy takes a look at the key impact Brexit will have on IP, and what you should be considering now. END_OF_DOCUMENT_TOKEN_TO_BE_REPLACED

In October 2014, new legislation came into effect that legalised format shifting (e.g. CD-ripping or e-book conversion etc.) for private non-commercial use. However, a High Court judgement before Mr Justice Green issued last week quashed the Statutory Instrument used to bring in the legislation. This means that ripping music and films you own is illegal, again.

END_OF_DOCUMENT_TOKEN_TO_BE_REPLACED

According to the website of the Council of the European Union, Luxembourg has now deposited its instrument of ratification (on 22 May 2015) to become the seventh country to complete its ratification formalities. Luxembourg joins Malta, Denmark, Belgium, Sweden, France and Austria as one of the seven countries who have completed their ratification processes.

Regular readers will recall that we noted back in March that Luxembourg had ratified the UPC Agreement but had not deposited its instrument of ratification in Brussels.  Now that Luxembourg has completed all of the formalities we have updated our ratification infographic (for an answer to the question “What’s up with this infographic?“, please see the bottom of the post!”).

On 2nd April 2015 we saw, for the first time, an approximation of the Unified Patent Court (UPC) in action during an excellent live-from-Paris webinarized event set up by a plethora of French IP institutions. Indeed, the sheer number of acronymical institutions (thirteen!) representing the interests of the French IP industry was almost as impressive as the high quality of the broadcast itself. END_OF_DOCUMENT_TOKEN_TO_BE_REPLACED

Excitement around 3D printing waned somewhat in 2014 from its meteoric rise in late 2013. Nonetheless, lawmakers and policymakers have been keeping an eye on this disruptive technology, leading to a UK Intellectual Property Office-commissioned report entitled A Legal and Empirical Study into the Intellectual Property Implications of 3D Printing, for which the executive summary was recently published.

The report is actually a wrapper for two separate studies. These were jointly carried out by the Centre for Intellectual Property Policy & Management (CIPPM) at Bournemouth University and Econolyst Ltd, a consultancy specialising in 3D printing.

The first study comprised an analysis of how copyright law may be may be affected by the emergence of 3D scanning, and the creation and modification of digital design files. Additionally, it reviewed file-sharing websites including MakerBot’s Thingiverse, Autodesk’s 123D and GrabCad which are dedicated to computer-aided design (CAD) to provide a view on the types of print products available, their price, popularity and usage licences.

END_OF_DOCUMENT_TOKEN_TO_BE_REPLACED

According to the website of the Council of the European Union, Malta deposited its instrument of ratification on 9 December 2014 to become the sixth country to complete its ratification formalities. Malta joins Denmark, Belgium, Sweden, France and Austria as one of the six countries who have completed their ratification processes.

Recent unitary patent themed seminars have given the impression that additional UPC ratifications in 2014 were unexpected so this news is something of a surprise. However, we had heard suggestions back in January this year that Malta might have ratified. If the news story we picked up on earlier in the year was correct then presumably Malta delayed depositing its instrument of ratification for nearly a year for some reason.

IPcopy’s ratification infographic has been updated to reflect the news from Malta (for an answer to the question “What’s up with this infographic?“, please see the bottom of the post!”).

What’s my line? The role of a paralegal 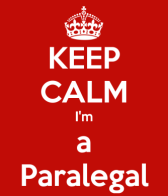 Roy Scott, Keltie LLP’s Senior Paralegal and a member of the ITMA Seminar Working Group, recently had an article published in the ITMA Review regarding the role of paralegals. Here is a copy.

The Oxford Dictionary definition of the role of a paralegal is “a person trained in subsidiary legal matters but not fully qualified as a lawyer” – an interesting definition that is interpreted in many different ways in both the UK and US.

It also provided a stimulating topic for discussion at ITMA’s July and August roundtable discussions for Trade Mark Administrators. ITMA President Chris McLeod opened proceedings by addressing the audience and giving his interpretation of the role of a paralegal and how this varied from firm to firm. To highlight this point, the later discussions were focused around the role of a paralegal in-house, in a law firm and in a Trade Mark Attorney business. END_OF_DOCUMENT_TOKEN_TO_BE_REPLACED