The predictive power of the Pre-EQE

It’s mid-January. Exam stress is rising. About two months from now, more than 2,000 candidates from close to 40 different countries will take part in either the EQE pre-examination or one or more of the four EQE main exams that are organised by the European Patent Office (EPO). These exams, especially the four main exams, are not easy. Only 2 in 5 candidates manage to pass all papers in their first attempt. Passing these exams is only possible with proper preparation. Following some courses is highly recommended for all papers. Thoroughly studying the (case) law and practicing a large number of old exams is unavoidable. END_OF_DOCUMENT_TOKEN_TO_BE_REPLACED

Computer implemented inventions in biotechnology and healthcare at the EPO 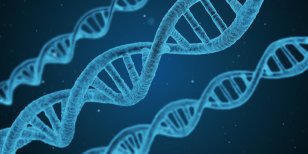 IPcopy recently attended an EPO presentation from the EPO’s Bioinformatics team on the subject of computer implemented inventions (CII) in biotech and healthcare and how to go about patenting such inventions.

This author works in Keltie’s software team and so is familiar with CII related inventions. Bioinformatics inventions however can sit somewhere between the biotech and software disciplines and so this presentation provided a handy insight for attorneys from either field into the subject area. END_OF_DOCUMENT_TOKEN_TO_BE_REPLACED

When entering the European regional phase from the PCT phase the choice of the international searching authority (EPO or non-EPO international searching authority) has an impact on the actions that are required shortly after regional phase entry and also an impact on the fees that are payable. This article provides a high level overview of the main points of difference. END_OF_DOCUMENT_TOKEN_TO_BE_REPLACED

Patent Amendment in the US and Europe

This article compares amendment of patent applications before the USPTO and the European Patent Office (EPO), focussing on the differences in law and practice between these jurisdictions.  Adaptation of a PCT application for regional phase entry in each jurisdiction is also discussed.  References are made to the EPO Guidelines, which is the main source for European Patent Office practice.  Some guidance is also provided on differences between claim interpretation in Europe and the US. END_OF_DOCUMENT_TOKEN_TO_BE_REPLACED

Further to our Brexit videos on designs and trade marks. Here’s IPcopy’s video summary of the impact of Brexit on patents.

The European Patent Office (EPO) is seeking input for its Strategic Plan 2023. This project aims to set the vision of the EPO for 2019–2023. The consultation will run from 23 January to 15 March. The results of the consultation will then be presented to the Administrative Council in June 2019.

All EPO stakeholders may participate in this consultation. The EPO imagine this could include: applicants (both individual and corporate), patent attorneys, law firms, national patent offices, governmental and non-governmental organisations, and universities. If you deal with the EPO and want your opinions known; this is your opportunity. END_OF_DOCUMENT_TOKEN_TO_BE_REPLACED

Much like a nurse attempting to decipher a doctor’s scrawled prescription note for their patient, a large proportion of a European patent attorney’s working life seems to involve interpreting examination reports for their clients, and in particular explaining the various comments and objections raised by the EPO examiners. As such, we thought it might be useful to summarise various objections that Applicants might see in Communications from the EPO, and what they really mean. END_OF_DOCUMENT_TOKEN_TO_BE_REPLACED

Patent prosecution in the UK and Europe – acceleration options

Prosecuting a patent application from filing to grant can be a long winded process lasting, in some cases, many years. An application needs to be searched and then published before being examined. Delays at the UK Intellectual Property Office in certain technology fields can mean that examination reports take years rather than months to issue and delays at the European Patent Office (EPO) have, in extreme cases, meant that applications have remained pending for even longer.

In many cases applicants may be happy to proceed at a slow pace because it allows an invention to be developed and marketing/commercialisation plans put in place. The cost of the patent process can also be spread out over time. There are however circumstances where a more speedy grant would be useful, for example where you think someone is using your invention and you want a granted patent to allow some kind of infringement action to be taken or where an investor asks for a granted patent before they release funds for the development of your company/invention.

Both the UKIPO and the EPO offer a range of acceleration procedures that can help get a granted patent more quickly. The various options for these two patent offices are discussed below. END_OF_DOCUMENT_TOKEN_TO_BE_REPLACED

Computer-implemented inventions, cloud computing and the EPO Guidelines for Examination

October 12, 2018 9:23 am / 2 Comments on Computer-implemented inventions, cloud computing and the EPO Guidelines for Examination

IPcopy had the pleasure of attending the EPO ICT seminar at the end of September where recent developments at the EPO in relation to computer-implemented inventions (CII) were discussed. The seminar was held the week before the latest version of the EPO Guidelines for Examination (November 2018 edition) was published which meant we were teased a few times with what was about to be released.

We were however told that the 2018 update to the Guidelines contains some significant CII related changes*, in particular more examples that show what is regarded as technical and what is regarded as non-technical in areas such as business methods, computer programs, mathematical methods and data retrieval.

Interestingly, it was mentioned that the CII portions of the 2019 and 2020 versions of the Guidelines will probably only contain minor clarification amendments rather than the more significant changes that have been seen in the last few years. The CII Guidelines Working Group has had an ongoing project running since 2014 and the first batch of CII changes came out in the 2015 Guidelines (Problem-solution approach for mixed inventions/search for computer-implemented inventions), the second batch in 2016 (Claim forms for CIIs, examples for PSA for mixed inventions) and the third batch in 2017 (Presentation of invention and UIs). The 2018 Guidelines represent the fourth batch of changes and it was noted that we will likely only see clarification amendments for the next couple of years.

Now that the November 2018 Guidelines have been published IPcopy has taken a look at the CII sections and highlights the following changes : END_OF_DOCUMENT_TOKEN_TO_BE_REPLACED

Patents, trade and foreign direct investment in the European Union

The paper contains an interesting discussion on the impact of the patent system on trade and investment, particularly in “high IP” industries such as bio-pharmaceuticals, ICT and medical device industries. However, as far as the discussion about the unitary patent system is concerned the paper glosses over or omits the challenges or drawbacks facing the unitary patent and Unified Patent Court. END_OF_DOCUMENT_TOKEN_TO_BE_REPLACED