With so many applications being filed, it is no surprise that some are being filed dishonestly.  In fact, brand piracy in China is a serious problem and has been for some time. The “first-to-file” trade mark system in operation there has led to trade mark squatters registering trade marks which are copies or imitations of well-known or up-and-coming brands before the rightful owner is able to do so, thus blocking the rightful owners’ ability to register or even use its mark in China.  This issue is discussed at greater length in our previous blog post here.

In recognition of this issue, the Chinese trade mark authorities recently announced a number of draft provisions aimed at tackling dishonest trade mark applications.  I have summarised some of the key proposals below: END_OF_DOCUMENT_TOKEN_TO_BE_REPLACED

As IPcopy discussed back in 2013, Trade Mark Squatting has long been a concern of European businesses considering entering the Chinese market. Too often, European brands which have not registered their trade marks in China at the earliest possible stage, find that their trade marks are already registered to third parties without a legitimate interest in the mark by the time China features as a potential market in their business plans.

This can cause significant disruption to businesses as these earlier ‘bad faith’ applications act as bars to their own applications. Further, whilst trade mark registration is not a legal requirement to trade in China, many businesses find that their Chinese partners will actually request it as a condition to operate. The consequences of having one’s trade mark application refused in China because of an earlier bad faith application are, therefore, compounded, as walking away and trading without a registered mark may not be a viable option. END_OF_DOCUMENT_TOKEN_TO_BE_REPLACED 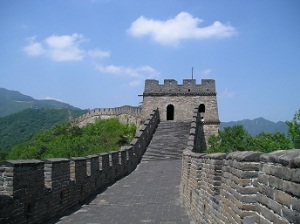 Trade Mark squatting is big business in China and is becoming more and more common. The new target appears to be up and coming European brands. It would appear that as soon as a mark becomes the slightest bit known in the UK, throughout Europe or the US, the marks are being filed as trade mark applications in China by opportunistic third parties known as trade mark squatters.

It would also seem that these third parties are not just trying to reap the rewards of just one trade mark either. It is becoming more common for trade mark squatters (which are now large ‘squatting’ companies) to file hundreds of well-known or well-publicised up and coming brands belonging to foreign owners.